It Was A Spectacluar DEUTSCHE MARQUE 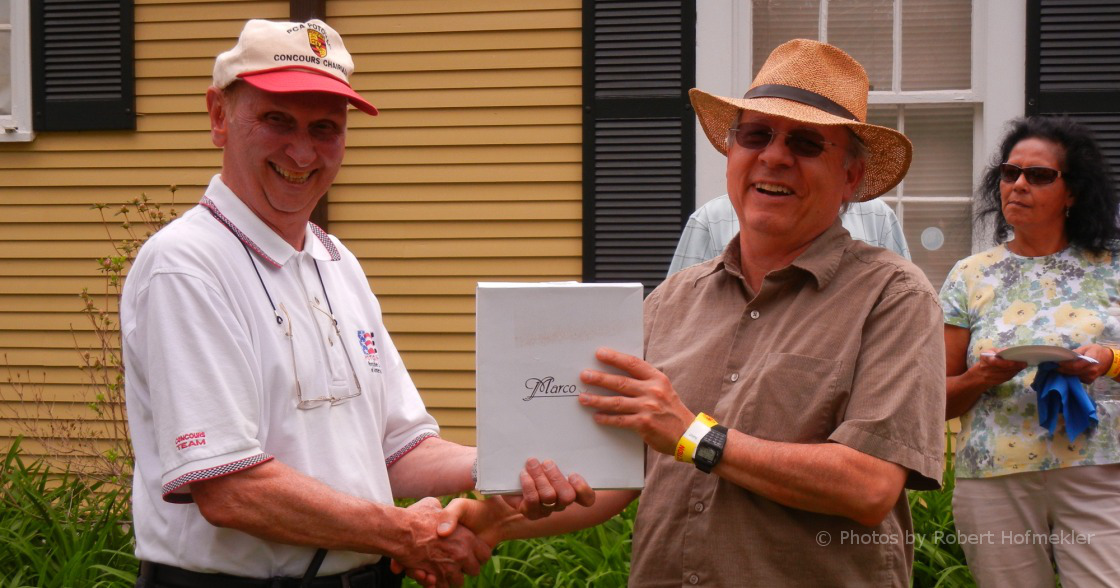 “Spectacular” was the word most often heard at Nottoway Park in Vienna as people commented on the 2014 Deutsche Marque. A field full of Germany’s finest automobiles was indeed a beautiful sight.   Among those 200 gleaming cars were 70 Porsches, including 15 356s, a couple of 914s, a 912, and 50 + 911s of all years along with many Boxsters and Caymans.   The weather was nearly perfect and he field was dry despite days of heavy rain earlier in the week. “Best of Marque” and “1st place in 356 Judged” went to Dan Roger’s beautiful dark green “64 356 Coupe with an absolutely sparkling engine and superb car overall. As a fellow 356er, it beats me how he got it so spotless. Chris Wilson’s ’67 “Soft Window” Coupe received an award for most unique (seldom seen) car, which was also beautifully presented.

“People’s Choice” is always interesting because as the saying goes “ beauty is in the eye of the beholder” Proof of this was clear in the “People’s Choice “ “Open Car” class when 1st place went to Gary Brindle’s always immaculate 2010 Boxster, but 3rd place went to Megan Murphy’s ’76 914 which looked like it had last been washed in 1976!! I think Megan needs to visit “Intersport” where her dad might be able to give her some help.

The overall event went off very smoothly thanks to great support from the volunteer judges headed by Matt de Maria and Joe Howell. Great organization by the registration team of Lonnie Kessler, David Gross and Diana Davis kept things running smoothly at the sign-up table.

The wine & cheese reception was a huge success thanks to the efforts of Jim McLeod and Rick & Dayna Flanagan for handling purchase and delivery of drinks and ice and “bartender” Richard Hudson . A special thanks to John Hopkins of Fairfax County Parks whose hard work and cooperation during the entire day made our show such a success.

The 2014 Deutsche Marque Winners are as follows: